Explanations on the Different Playing Areas in the Digimon Card Game. To see the different official Playmats released by Bandai in a Gallery, you can go to Playing Field/Gallery. 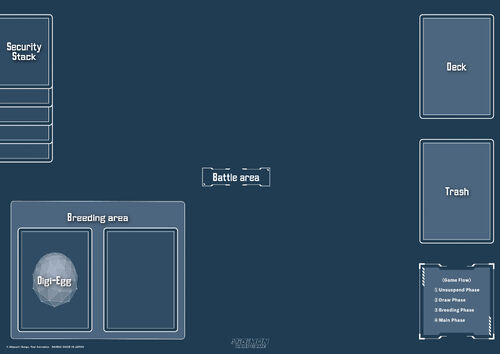 Trash is the area in which discarded cards go to. Cards placed in the trash should be face up.

Memory is the resource system used in the Digimon Card Game. It is used to pay costs and play cards. It is also used to determine when a turn change over to another player's turn.

Security is a player's defensive wall that is set up at the start of the game before drawing their hand. There is no limit to the number of cards that can be placed in the Security. A player does not lose if they have no cards in Security, a player would only lose when an attack declared against the player has successfully resolved.